Posted by Marc Schenker on May 13, 2014 in B2B Web Design and Conversion Optimization 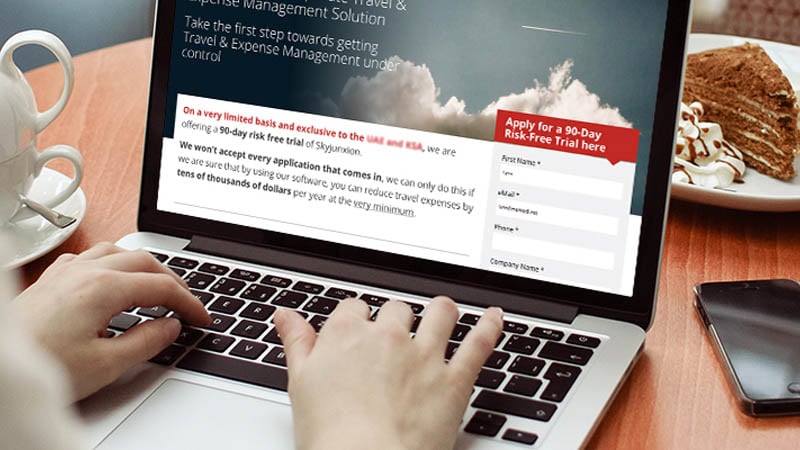 Occam’s razor is a principle of problem solving with strong roots in philosophy. Occam’s razor states that, if you have competing hypotheses, the one that has the fewest assumptions (read: the simplest one) should be the one that you go with. Other solutions that are more complex are simply less likely to be correct, therefore, in the absence of certainty, you should go first with the hypothesis with the fewest assumptions.

Designing for B2B can be difficult because there’s so much for which you have to plan. This is particularly true in the case of your landing page conversion optimization. 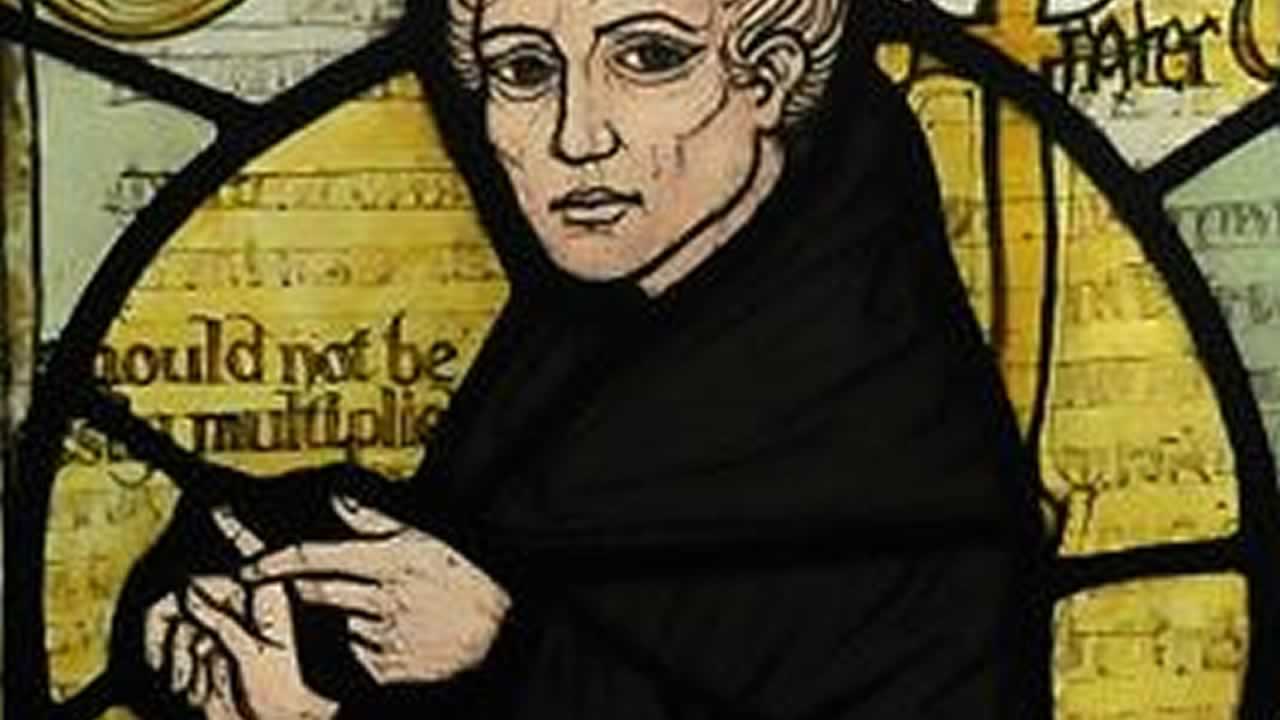 This is where Occam’s razor comes into the picture with commanding authority: It allows you to speed up with greater certainty which possibility you’ll choose first. Since the principle states that the hypothesis with the fewest assumptions is best, you can first choose the value proposition that relies on the least amount of guesswork. Of course, at the end of the day, we still advise you to test all possibilities, so that you know for sure.

Let’s take a look in closer detail at how you can use this nifty principle to improve your landing page conversions.

Some Examples of Occam’s Razor in Action

The road to understanding how to apply Occam’s razor in B2B lies in first understanding the concept in how it’s applied in general. You’d be surprised at how many varying applications Occam’s razor has had throughout the course of human history and culture. That’s not surprising when you consider that this principle goes back all the way to William of Ockham, a 14th century Franciscan friar and philosopher.

In science, this principle has long been utilized as a heuristic device for the purpose of empowering scientists to develop theoretical models. In short, it basically is a way to learn or discover by way of trial-and-error.

In biology specifically, Occam’s razor is utilized in two approaches. First, it’s used with regard to the units of selection controversy and, second, systematics. Occam’s razor figures prominently in a well-known work in biology: Adaptation and Natural Selection by George C. Williams. Curiously, the principle has also attracted criticism in more modern-day works, such as The Selfish Gene by liberal atheist and humanist Richard Dawkins.

The principle has even popped up in medicine, with doctors and other medical professionals being guided by some extent by the principal when making diagnoses. To wit, diagnostic parsimony is used by the medical field to identify illnesses by the fewest number of causes that can account for all possible symptoms.

Since the concept behind this principle is merely that simplicity (as in the fewest assumptions for a hypothesis) works best, it can easily be applied to the design of a super-effective B2B landing page. Your landing page is the star when it comes to converting your site visitors into leads for your business.

Now, when you’re designing your landing page, it just so happens that you’ll have a number of competing possibilities to consider as the value proposition you’ll offer site visitors. These competing possibilities have to be narrowed down, and, according to the principle of Occam’s razor, you will have to pick the value proposition that has the fewest assumptions about the state of mind of your buyers. 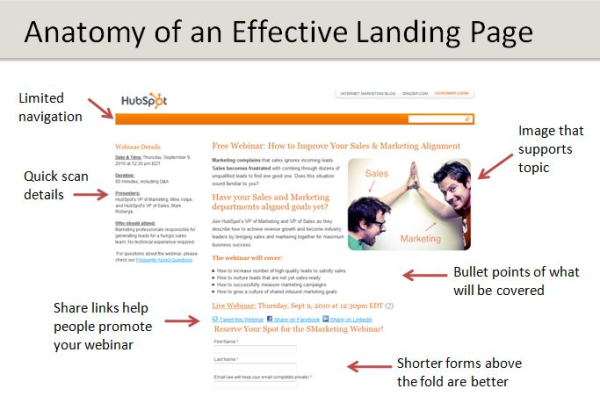 While you should naturally always test to be super-sure, using Occam’s razor will let you settle on a hypothesis for the value proposition that you ought to use first.

The best way to show you just what we mean is to examine a whole slew of different landing pages for various companies and businesses.

Right Signatures is a company that offers “the easiest, fastest way to get documents filled out and signed online.” This is the value proposition of the company on its landing page. Its customers are solo professionals, businessmen and businesswomen, corporations and even non-profits. 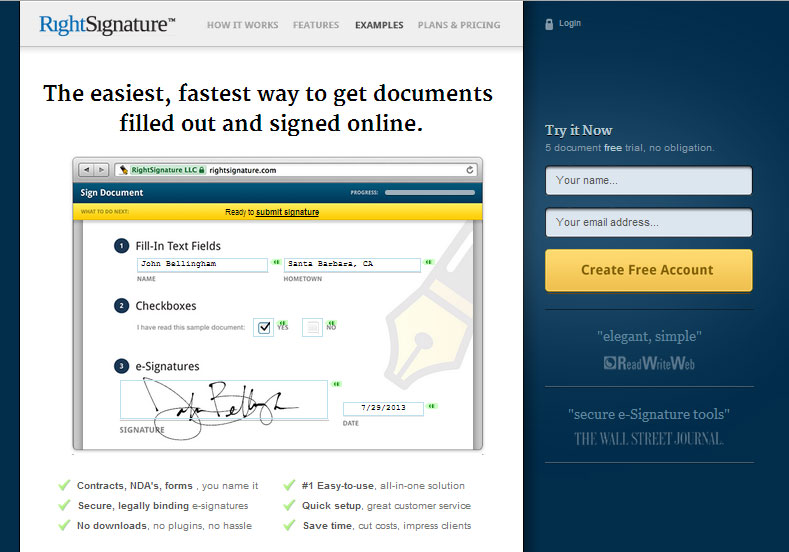 Going backwards from the company’s value proposition, we can see with good confidence that Right Signatures makes the following assumptions about the state of mind of its buyers:

The company seems to have used Occam’s razor in coming up with its value proposition since it makes only a few assumptions about its customers. The company could have easily gone overboard and also made these additional assumptions about the state of mind of its buyers:

The Sharp Firm is an Austin, Texas, law firm that specializes in personal injury law. The landing page on its homepage shows that the firm’s lawyers are specialized in providing “sharp & tough representation” to its clients. This value proposition makes clear that the firm makes the following assumptions about its potential clients:

Sure, the company could’ve assumed more about its buyers’ state of mind, but, wisely, it didn’t. You can’t really know unless you test each and every assumption. So the Sharp Firm did well by going with the hypothesis that made the fewest assumptions about its potential clients (they value aggressive representation in court). 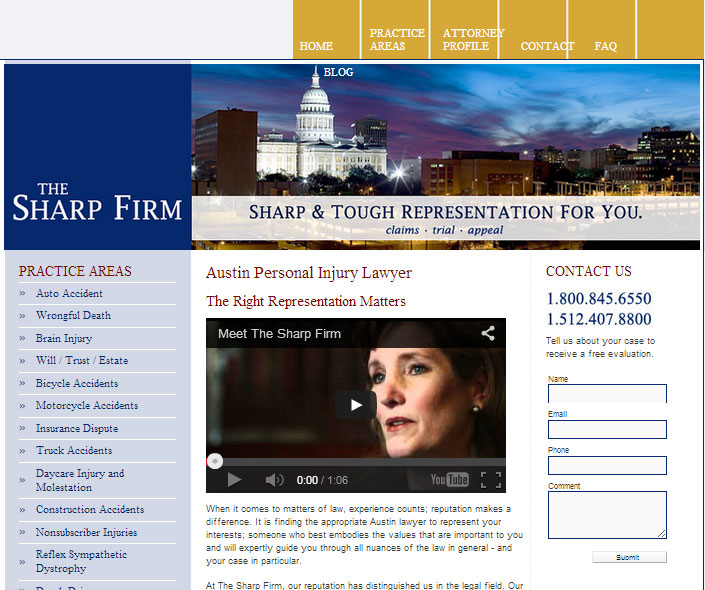 By keeping the offer simple, the company makes their services applicable to a wide range of potential clients since most people want attorneys who fight for them. This will increase the number of people who get in touch with the law firm through the landing page.

On a separate note, this landing page has distraction issues (aka, all those links on the left, and the navigation bar on top.

Smartify is a digital marketing platform whose purpose is to “help brands drive direct connections to customers through social, mobile and web-based promotions.” The company’s landing page makes clear that it also makes just a few assumptions about its buyers.

Making these few assumptions lets Smartify hypothesize that its buyers will get in touch with it to ask about the deployment of an ad campaign that gets right at their target audiences.

Wistia is a provider of professional video-hosting for your business, and its value proposition states that you can “add video to your website easily and on your own terms.” From this succinct and to-the-point offer, we can easily tell that Wistia assumes the following things about the state of mind of its buyers:

The hypothesis that Wistia is operating under is that its buyers will choose its service over its competitors because buyers will be able to do things their way with their service. Whenever customers can do things their way, things become simpler and more convenient for them, which is what Wistia’s banking on to help increase conversions.

The company could’ve also made additional assumptions about the state of mind of its buyers, but these wouldn’t have been helpful since they would’ve complicated things. These include:

Besides boasting a highly memorable and unusual name, the company offers its customers a value proposition that cuts straight to a huge concern for many people these days: Their health. Its value proposition states that “we make it easy to eat well.” 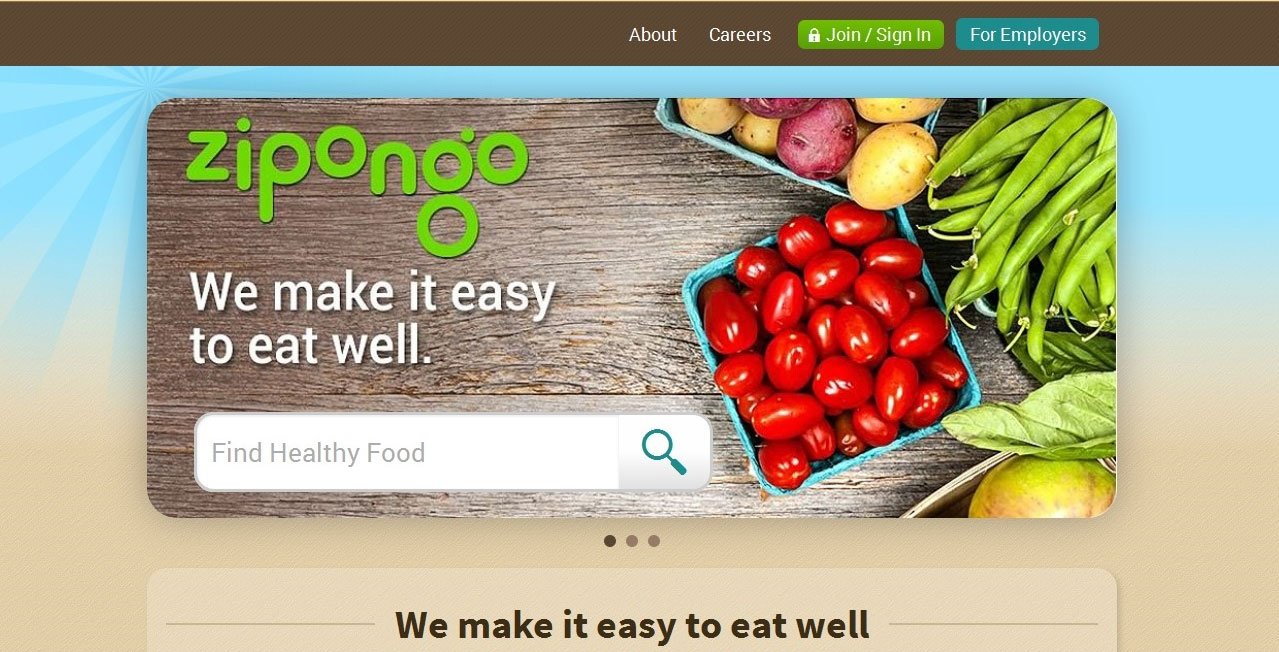 From that succinct offer, we can tell that Zipongo made these assumptions about the state of mind of its customers:

These few assumptions allowed the company to make the hypothesis that its customers (read: employers) would sign up for a service that promises to keep employees healthier by focusing on smart eating because healthy employees cost companies less money.

Menucopia is a service that lets restaurant owners easily update their websites and menus for a very low monthly price that’s no more expensive than the cost of a phone line. From this value proposition, we can analyze that Menucopia made the following assumptions about its buyers:

So we can also sense that Menucopia is making the hypothesis that this will be reason enough for its prospective customers to input their email address into the ultra-simple, one-field form on the company’s landing page. 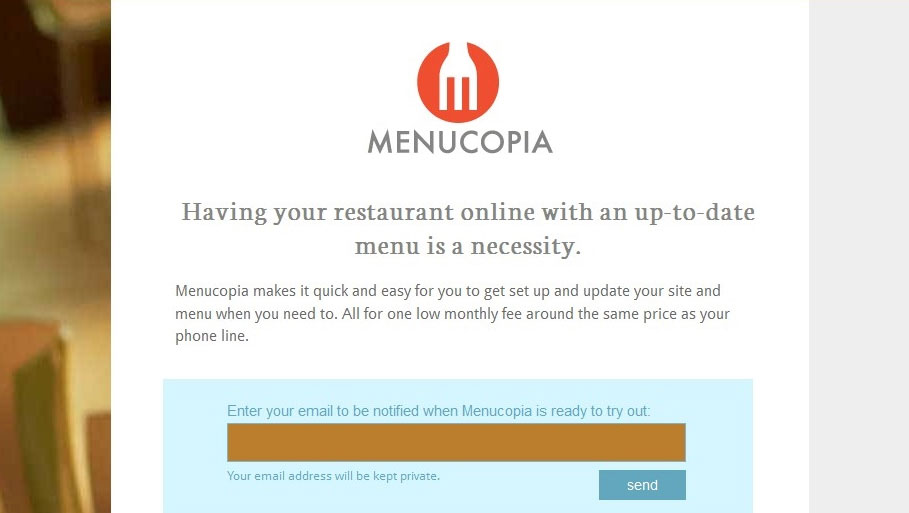 The simpler assumptions about its prospective customers led to a clearer value proposition that should reduce sign-up friction.

Occam's razor principle tells us that simplicity works better for a B2B site.

What do you think about the general concept of keeping things simple for B2B sites? 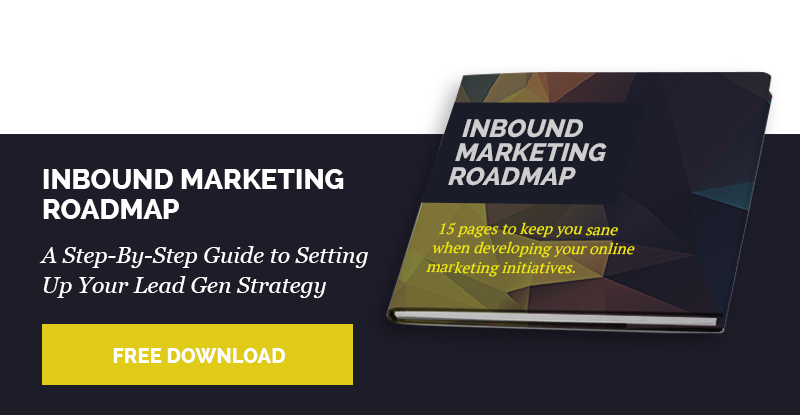