Posted by Eduardo Esparza on Oct 3, 2013 in Inbound Marketing and Search Engine Optimization

Let me start by making a prediction: this will upset a lot of Marketers out there. Google just announced last week that it will implement a new search algorithm called Hummingbird. The change is so radical that it’s simply Google’s most dramatic change since 2001. It is a replacement rather than a mere update such as their previous Panda and Penguin updates.

So what is Hummingbird?

Let’s say you’re looking for “What’s the best way to bake a Vegan cake?”. Now, if you were using a traditional search engine, it would try to match results with individual words such as “vegan cake” or “best” or “bake”.

With Hummingbird, Google would essentially broaden its search engine’s focus on the meaning of your search. It would pay more attention to the meaning of the sentence rather than the individual words. So for example it might know of vegan cookbooks in bookstores located near you (if you’ve made your location public) or search for interesting blogs that deal with the topic.

Try and see Hummingbird as a more holistic kind of search. It focuses on the whole rather than the specific, while at the same time paying even more attention to the specific, ensuring a much more interesting search result. In the end, you’ve got a list of pages matching the meaning of your query (the whole setence), rather than part of it (words).

Not bad huh? But if the change is so positive,

Why are some Marketers angry?

Well, by misunderstanding what Hummingbird is, mostly. Google isn’t trying to make the web less business-friendly. That part should be obvious. Thing is, some commentators are speculating that Google is trying to provide ‘extra-protection’ to its users, after accusations that it’s been giving information to the NSA (which it strongly denies). It started encrypting search results back in October 2011, meaning that marketers would no longer be able to know what keywords were Googled before arriving at your website, as Hubspot explains. But since the new change affects everything except ad clicks, some have suggested that Google is trying to get more people to use AdWords.

As you can see in the following figure, shared by HubSpot, things seem to be getting pretty serious. 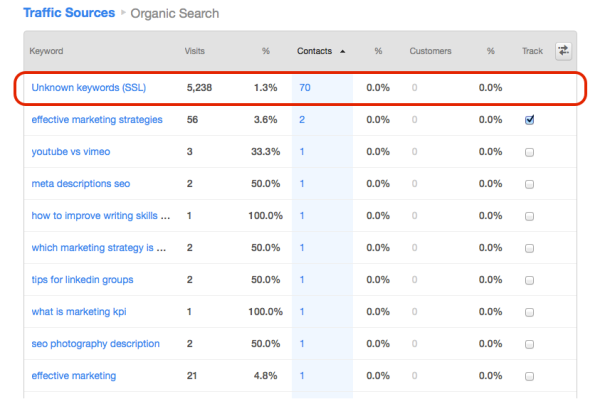 A famous example, is the statistics given by Not Provided Count

Many Marketers seem to be panicking. If Not Provided Count is to be believed (and HubSpot), we barely have 6 weeks before all of our traffic is Not Provided anymore.

So what can we do?

Well, you’re not gonna fight Google. And anyway why should you? this is a good thing. From the words of Matt Cuts, head of webspam at Google himself: 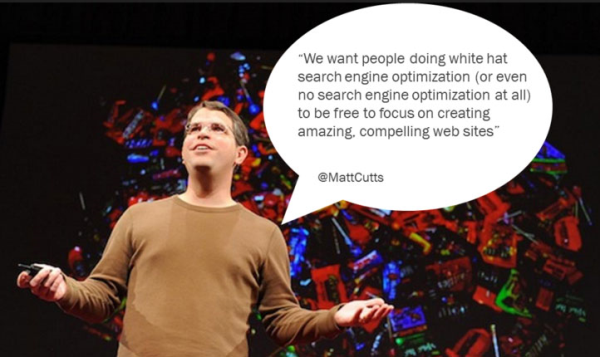 Here are some quotes taken from Matt Cutts video (below) released on May 2013 concerning his predictions of what to expect from the Google Search algorithms:

Quote:“...continue to make websites that users love, that they can their friends about...  we want to make sure that if that’s your goal, that we are aligned with that goal, and therefore, as long as you are working hard for your users, we are working hard to show your high quality content to users as well ...”

Translation: If you as a marketer have adopted the “strategy” of chasing google’s rankings by playing tricks, you should continue to freak out, right about now.   So instead of chasing google’s rankings, chase your customers, because that’s what Google is after too.  If you are “gaming the engine,”  simply with every update you’ll only become less and less successful.

Quote:“If you are already creating high quality content, you shouldn’t have much to worry about”

Translation: become an authority and don’t publish crap. If you are creating content, make it of higher quality, like if you wanted your customers to trust you (duh!)

Quote:“we are doing a better of detecting if someone is sort of an authority in a specific space - it could be medical, it could be travel, [etc.], and we are trying to make sure that those rank a little more highly...”

Translation: be an authority and don’t publish crap.If you are creating high quality content already, well, do more of it, and make it more social.

Here is a four-fold SEO Strategy as suggested by Mr. Cutts. As you'll soon notice, most are just plain common sense:

2. Get an excellent website architecture, internal linkning & CMS: "Think about the look of your website, good internal CMS practices and good internal education."

3. Be a social animal: Try social media optimization. "We do use Twitter and Facebook links in ranking."

4. Optimize your images in a web-friendly manner: "Introduce more textual content and you can rank a little higher in search results."

Now that's not too bad, is it?