Neuromarketing 101: Your Guide To Getting Your Message Across

Posted by Marc Schenker on Jun 12, 2014 in Inbound Marketing and B2B Web Design 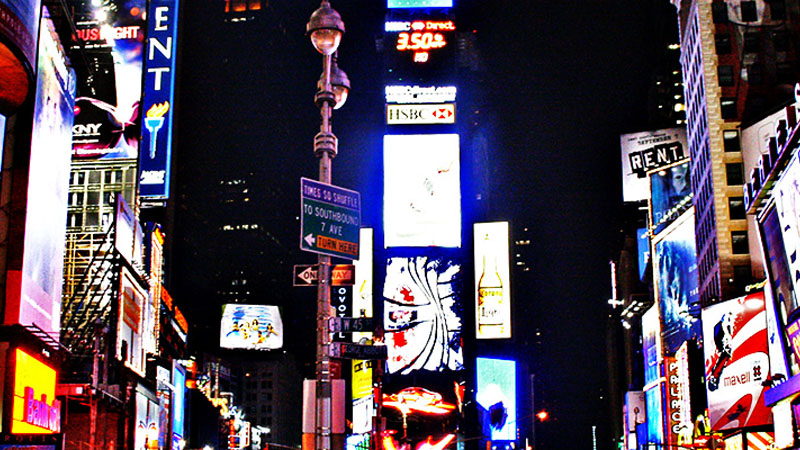 Neuromarketing is a new, hot and very exciting concept in marketing. It’s an approach to marketing that turns on its head much of what traditional marketers have come to follow, and there’s hard science behind it to back it up. In short, you can’t afford to neglect neuromarketing in your B2B marketing endeavors.

Neuromarketing is still in its infancy, with the term only having been coined as recently as 2002. However, and here’s the really fascinating part about it, its roots can be traced back all the way to Ancient Greece and the philosopher Plato—no kidding.

Stunned yet? Highly interested and eager to find out more about this intrepid approach to marketing?

Hang on, brace yourself and get ready to open your mind all the way for a crash course in neuromarketing 101 and how it relates to your B2B company.

Exploring the History of Neuromarketing

Though neuromarketing as a term was only coined in 2002 by one Ale Smidts, its roots go back all the way to ancient times and the ancient Greeks, specifically to Plato. While Plato’s contributions to history may well be better remembered as founding the Academy in Athens, teaching Aristotle and laying the bases of Western philosophy and science, his surprise contribution has to be providing a starting point for neuromarketing.

He did this through his Chariot Allegory. Since we don’t have all day here to look into the finer points of philosophy, we’ll simply summarize the Chariot Allegory as follows:

Yeah, that was a really interesting aside into deep, metaphysical thinking to really make you contemplate the nature of the soul and allegories in general, but how does it relate to neuromarketing?

Neuromarketing is based on the concept of decision processing. Therefore, consumer buying decisions are dependent on either System 1 or System 2 processing. In the context of Plato’s Chariot Allegory, this would actually be the two horses and the chariot.

What Neuromarketing Means for Marketing

Simply put, neuromarketing is marketing research that investigates the affective, cognitive and sensorimotor responses of consumers to marketing stimuli. Scientists studying in this field use all sorts of tests and toolsto measure specific brain activity and alterations in the consumers’ physiological states due to marketing stimuli. 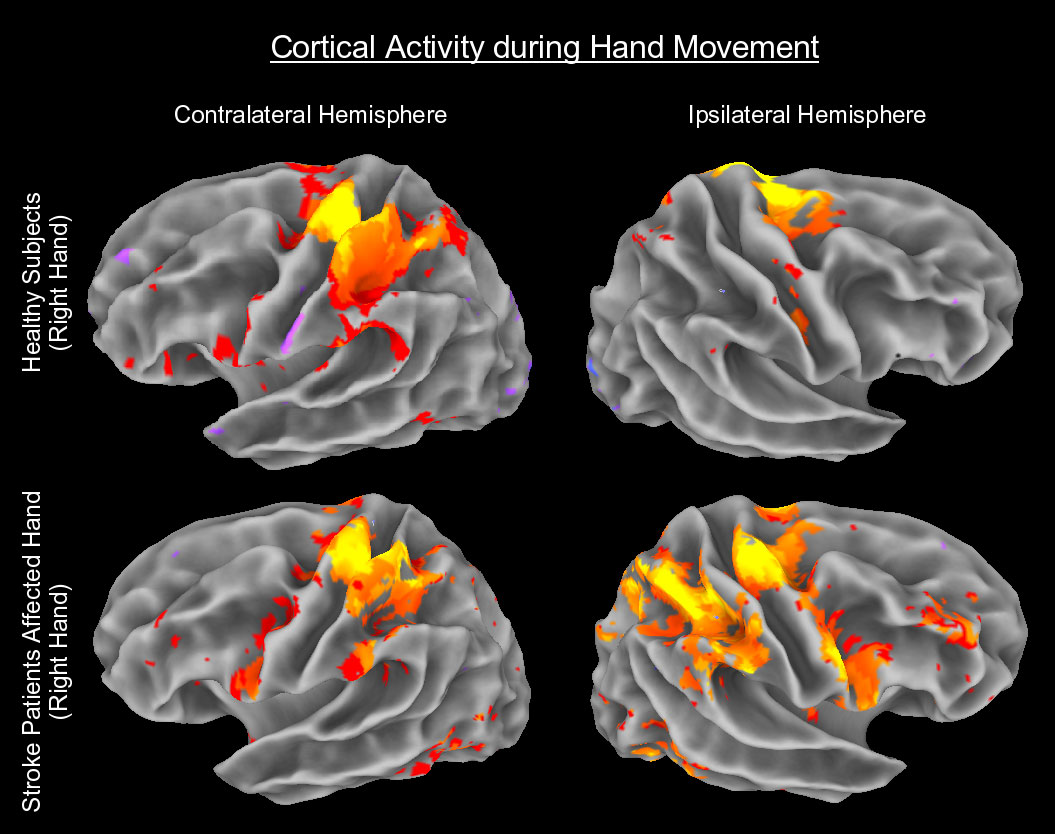 At the end of the day, scientists (and marketers and businesses alike, of course) want to know exactly why consumers make the buying decisions that they do. Further, they also want to understand what part of the human brain is vital in helping move them to these pivotal decisions. Imagine being able to understand once and for all why a particular value proposition or call to action on your B2B landing page motivated your buyer to make a purchase.

It’s All About the Meme

The what? The meme, which rhymes with gene…which is not a coincidence by any means. The liberal atheist, Richard Dawkins, introduced the concept of the meme, which is defined this way:

A unit of cultural information similar to a gene and stored in the brain.

How does this all tie into the concept of neuromarketing? It turns out that neuromarketing is based on the meme. In order for marketing to have any significant effect on the consumer’s brain, it has to unleash certain ideas, behaviors or styles within a cultural context. The consumer then associates these things with the product or service that is being advertised to him.

At this point, it’s important to highlight what everyday examples of memes can be: 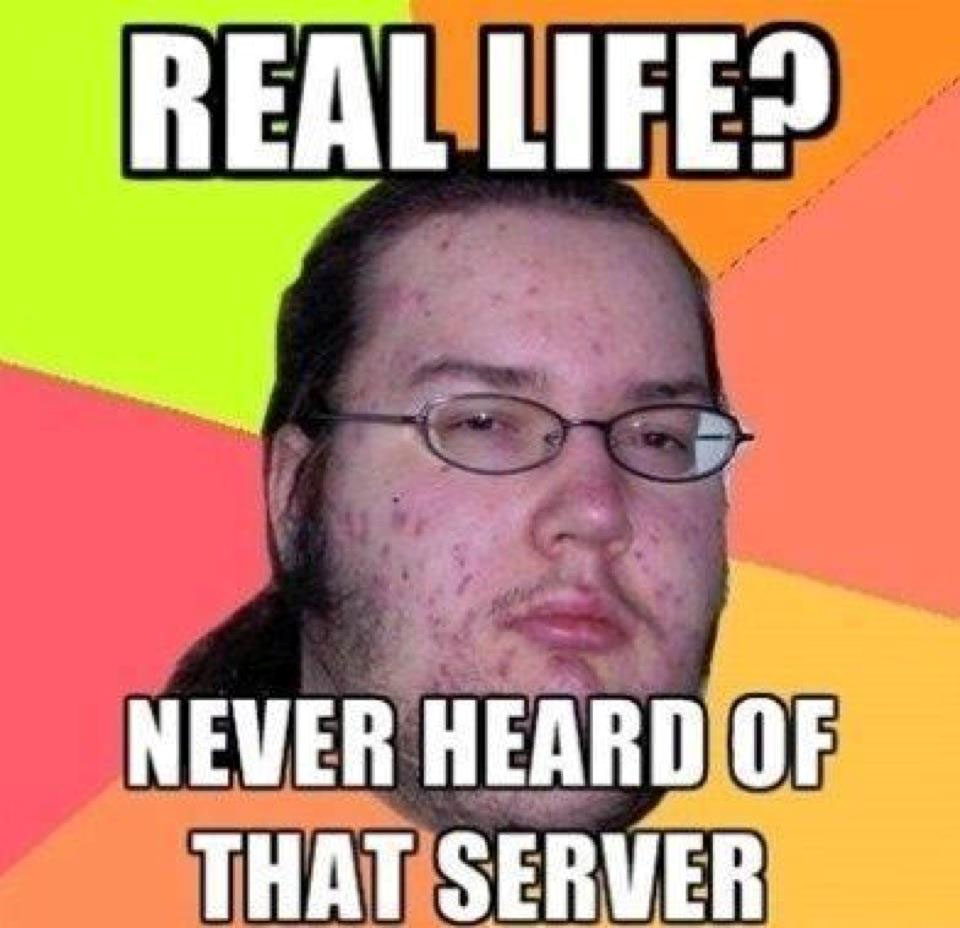 These units of information or memes are capable of influencing the consumer’s choices and decisions to within 2.6 seconds. If a meme has appropriate meaning for a consumer, he’ll remember it and gladly want to share it with his friends, family and anyone around him.

Applying All of This to B2B Site Design

By now, you should be seeing how seamlessly neuromarketing applies to the B2B world. If you connect with your consumers by marketing to them in such a way that memes influence their buying behavior, you’ve just overcome a huge hurdle. You’ve connected with your buyers in a highly personal way that’s likely to lead to a sure conversion.

Because of the power that these memes hold over your buyers, it’s imperative that you incorporate an array of memes on your B2B site, but do so wisely. According to the principles of neuromarketing, memes will greatly influence your buyers to make a purchase.

The Use of Visual Memes

Human beings are visual creatures; it’s just a matter of fact that we sometimes understand things a whole lot better if we can actually visualize them. When you show your buyers how a service works or how you should use it, it can serve as a meme to help trigger an emotion in your buyers…which motivates them to make a conversion.

Microsoft understands this, which is no surprise, given their extreme success as a tech company. One of the services that Microsoft offers is Outlook.com, the email service meant to keep users connected like never before. 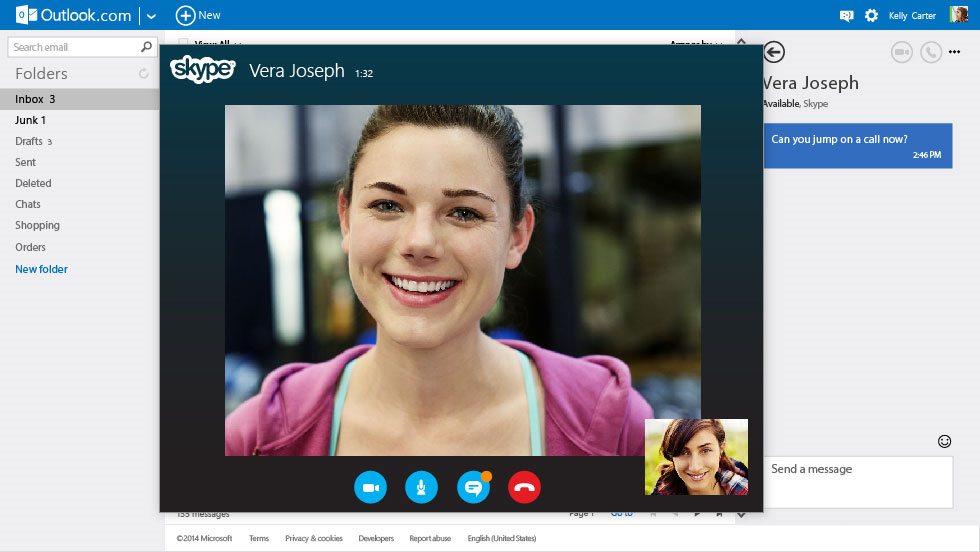 Unsurprisingly, on the product page of Outlook.com, we can see the company using a lot of pictures to help its users understand this service a lot quicker and better. Pictures help to illustrate how Outlook.com can be used for email-organizing purposes and with Skype.

A user who’s uncertain about whether to try this service will see the pictures of Outlook.com’s inbox and its integration with Skype and associate Outlook.com with satisfying experiences he’s had in managing his inbox or using Skype to have a video call with friends. And that instant connection courtesy of the meme can help drive conversions—quickly.

The Use of Familiarity Memes

As with seeing, picking up on things that are familiar increases the understanding in your B2B buyers. In fact, the relationship between visuals and familiarity is quite close, when it comes to neuromarketing.

There are best practices when it comes to designing your B2B site. This includes laying out your site in a way that’s familiar to buyers who have already perused many other B2B sites in their lifetimes. They’ll generally know what element on your site to expect where.

For instance, your value proposition should be crystal clear and hard to pass up; everything on your site should be clearly laid out so that your buyers know what the next step is on each page; and friction should be eliminated as much as possible. 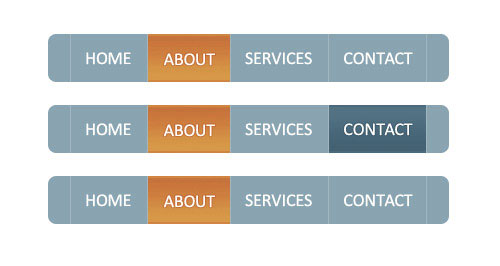 Buyers who encounter these same properties on your site will appreciate the familiarity of it all. This meme can be a powerful motivator to get them to buy since the experience on your familiar site will take them back to other B2B transactions they’ve had on other sites…where the process was so smooth and familiar that it was a pleasure for them to buy.

The Use of Urgency Memes

Everyone is used to the use of urgency when it comes to retail marketing. You no doubt have seen many advertised deals that urge you to act immediately before something undesirable happens. Typically, it’s that the product will be sold out, or the price of a specific service will be raised if you don’t purchase by a certain time. It’s built into our culture as shoppers to expect these urgency memes.

The exact same principle of using urgency applies to your B2B site design; this is an ideal way to capitalize on this urgency meme to influence your buyers to act now, act fast and make that fateful conversion. On your landing or offer page, for instance, you could offer a special deal with a time-sensitive notice or a limited-supplies notice. Studies have already proven that this is a tried, tested and true way to approach marketing on a B2B site.

It’s a simple fact of buyers that the use of urgency memes resonates with one and all.

By now, you no doubt have a solid grasp of neuromarketing and how it applies to your B2B site. Before we wrap up, we want to share with you a somewhat notorious example of the heavy influence of neuromarketing, made all the more relevant because it involves two giant brands you’ve heard of since you were just a little kid: Coke and Pepsi.

The battle between which one tastes better has been going on for decades. Back in 2004, a study by  Read Montague was published, in which 67 folks had brain scans done on them while doing a blind taste-test between Coke and Pepsi. Initially, 50% of the taste respondents said that they thought Pepsi tasted better; however, the researchers then lied to the subjects, telling all of them that they were drinking Coke instead of Pepsi.

What happened next should blow your mind a bit:

75% of the research subjects then indicated that they thought Coke tasted better, up from just 50% before being manipulated by the researchers. 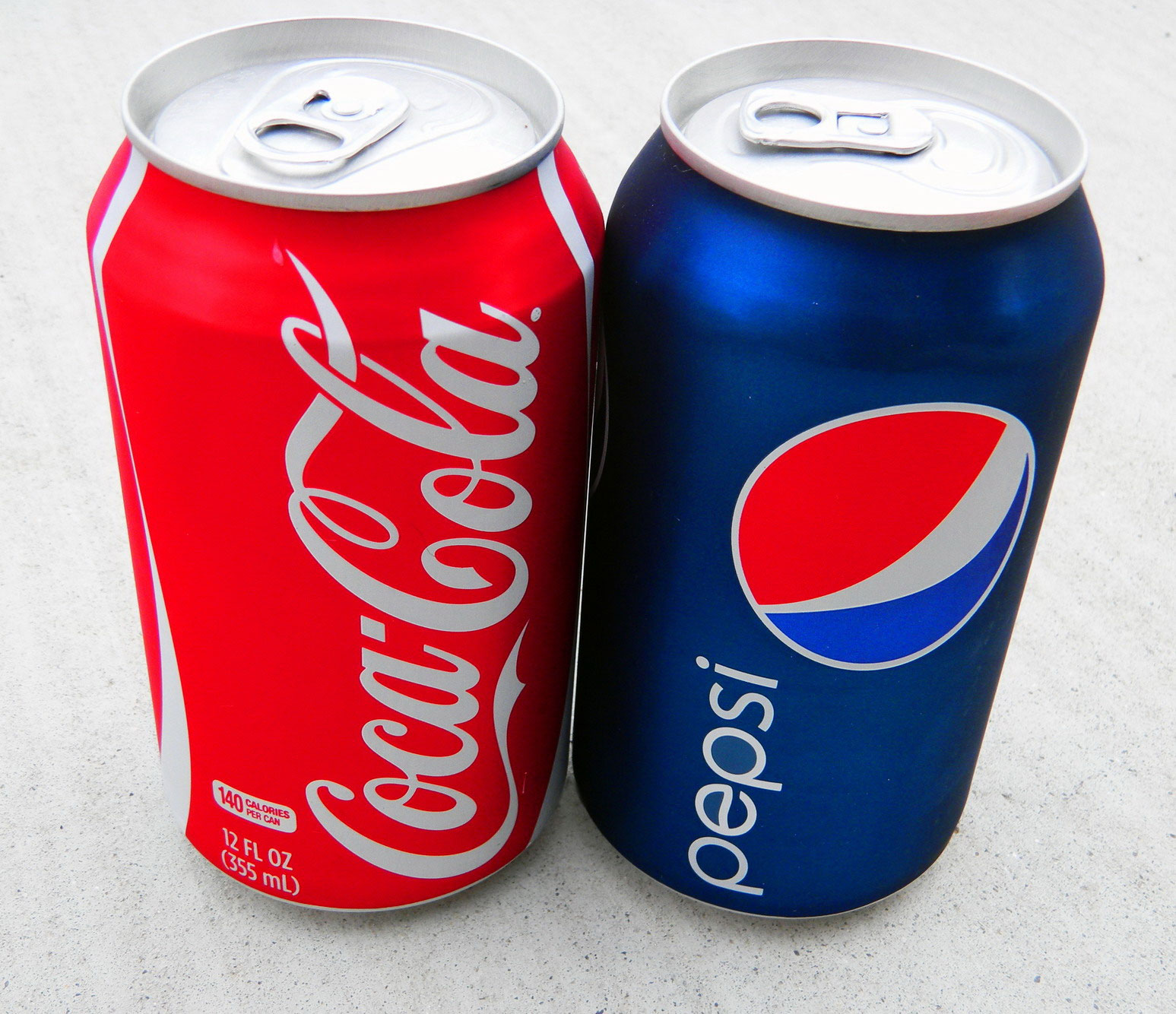 Before the deception, Pepsi got half the votes because of its strong effect on the subjects’ area of the brain that processes the feeling of reward. After the deception, though, other parts of the brain came into play, the ones that are utilized for high-level cognition and memory, respectively, were activated.

This meant that subjects were now thinking about the Coke brand as they experienced it (read: through advertisements).

Essentially, Pepsi ought to have 50% of the market share, based on this taste test, though it has far less because Coke’s advertisements were more successful than Pepsi’s in striking an emotional chord in consumers. As a result, there was already a pre-disposed bias in favor of Coke built into consumers, which explains the change in opinion after they were made to believe that they had been drinking Coke.

Neuromarketing blows the lid off any way you have ever interpreted marketing before. Super-intellectual, it relies on hard science to measure the effects of emotional marketing on the consumer. It can have a tremendous effect on buyers, which is why it’s recommended that you look into this marketing approach in greater detail for your B2B site.

By using memes to generate emotions in the buyer, you can help to increase your conversion rates and get more sales. Neuromarketing is the brave, new frontier of marketing, and you’re getting in on the ground floor if you incorporate it into your B2B site design and marketing from this day forward.

Does neuromarketing seem too good to be true?

Can you see yourself using this approach in your B2B efforts?

Where do you think neuromarketing will eventually lead to in the next decade or so?